Joy Division at The Met

40 years on from Joy Division's infamous 'Derby Hall Riot' gig in Bury, we look at what happened, and the legacy of that night.

April 8th 2020 marks 40 years since one of the most famous nights in The Met’s history. Still known as The Derby Hall, the venue had only been run by the Bury Metropolitan Arts Association for a few months. As part of a regular series of Tuesday night gigs featuring local alternative bands, Joy Division were billed to appear, supported by Dutch band Minny Pops.

The gig turned out to be one of the final appearances by the band. Lead singer Ian Curtis appeared for only a couple of songs, and the night became known as ‘The Derby Hall riot’ in stories of Joy Division history.

It was most famously recreated in the film Control, but stories from people there suggest the reality was not quite as dramatic.

“I don’t know who coined the term riot, and I hate to burst anybody’s bubble here…there was loads of fighting in clubs in the late 70s and early 80s: this is what it was – a bit of a dust-up in the club.” – Alan Hempsall (lead singer of Crispy Ambulance and stand-in for Ian Curtis at the Derby Hall gig)

There are lots of recollections online from people who were at the gig as audience members or performers. Perhaps surprisingly, not all of them are entirely negative.

“A crackin’ night out, but not long enough: – Jon (audience member, as featured on joydiv.org)

While Joy Division weren’t yet an iconic name they are now, the flyer for the gig suggested that our 400 capacity venue would be packed for the gig whose debut album Unknown Pleasures had been released 10 months earlier. 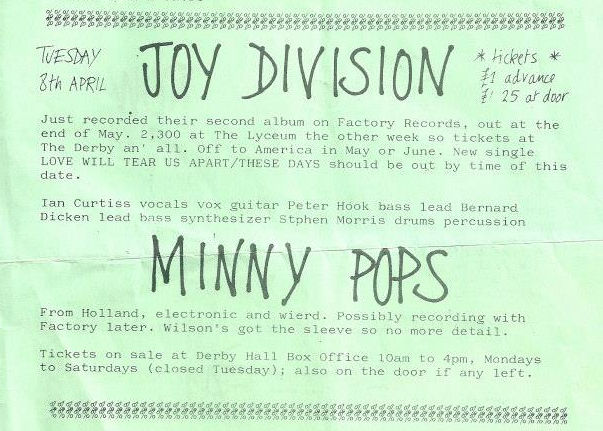 The flyer shows that album Closer was yet to be released (it had been recorded the previous month), and that the now iconic Love Will Tear Us Apart was scheduled to be out around this time (the release was ultimately delayed until June 1980, after Curtis’ death). But Unknown Pleasures had been enough of a hit to make Joy Division perhaps the biggest post-punk live act in the region. Photographer Kevin Cummins, who took so many iconic images of the band, said that “with the release of Unknown Pleasures… Joy Division blew the opposition away”. With the flyer referencing a 2300 capacity sell out gig, it was always going to be crowded at our 400 capacity venue.

As part of a live radio broadcast at The Met in 2019, Alan Hempsall gave his definitive version of events that night to Clint Boon. Alan played The Met again in October 2019 with his latest project Scissorgun, supporting another cult Manchester act, Marconi Union.

Under the difficult circumstances of Curtis’ illness and ongoing mental health issues, the gig went ahead. A set of collaborations and a lengthy cover version may not have been entirely out of step with a band who had a tendency to chop and change setlists. But given the crowd reaction at the end of the night, and the series of events that would lead to Curtis ending his own life just a month later, the gig has taken on greater importance in the story of one of our region’s most influential musical legacies. For the venue it was still the early days of the Bury Metropolitan Arts Association, and having a gig end with a heavy police presence didn’t go down particularly well.

The Met’s Artistic Director, David Agnew spoke to one of the Event Organiser’s of the infamous 1980 gig to find out about the origin of the regular Tuesday night shows, working alongside Factory Records and eyewitness accounts of what happened. 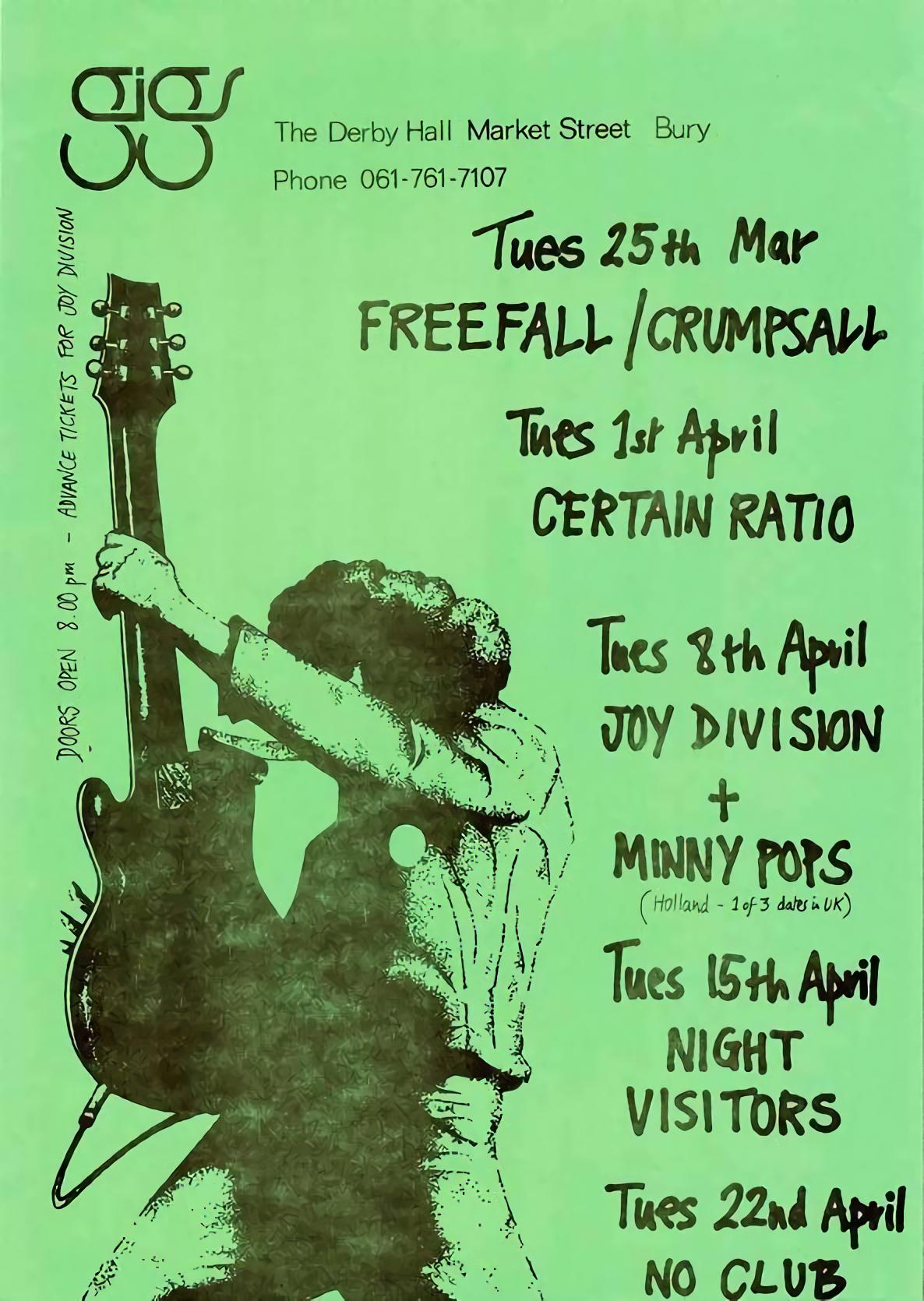 If you were in the audience that night and have memories, photos, recordings or any merchandise from the gig to share then get in touch.

JoyDiv.org - archive and stories of the gig Manchester Music Archive

Looking forward to coming back?

We can’t wait to welcome you to The Met again. In the meantime, there are a few ways you can help us be ready to reopen, from the comfort of your home.

Our top five things you might not know about the history of our building. Featuring jail cells, grand plans and absolutely no clogs.

Some information about the history of our building.