The Met and Head For The Hills nominated for top awards

We’re delighted to learn that The Met, and our annual festival Head For The Hills, have been nominated for 6 awards at two fantastic ceremonies coming to Manchester this winter.

We’ll find out the winners (and we’re alongside some other very strong nominees) at the ceremony in Manchester Cathedral on 15 November. You can find out more about the Northern Soul awards and the other nominees at https://awards.northernsoul.me.uk/

The Met and Head For The Hills are also in the running for prizes at a brand new, high profile awards ceremony celebrating the best of our city. The This Is Manchester Awards 2018 have been created to showcase the incredible talent in the city.

The ceremony takes place at The Hilton Hotel in Manchester on 8 November. The Met is on the shortlist for Leading Live Music Venue (where we’re nominated alongside giant venues including Manchester Arena and Lancashire Cricket Ground) as well as Leading Cultural Venue. Head For The Hills is shortlisted for Leading Live Event alongside some other fantastic events with truly global reach, including Soccer Aid, Manchester Pride and the One Love Manchester concert. You can see the full list of categories and nominees at https://www.thisismanchesterawards.com/award-shortlist/.

Both sets of awards will be decided by expert judging panels including some big-names from Manchester’s culture and entertainment worlds. We’re proud to be ranked among the biggest and best events and venues in Greater Manchester and look forward to hearing more from the judges. 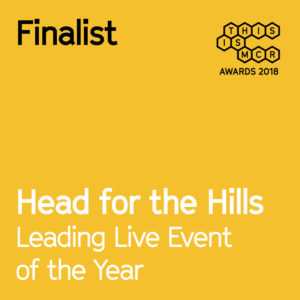 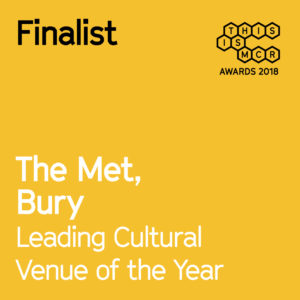 Follow Us On Social Media To Find Out If We Win.